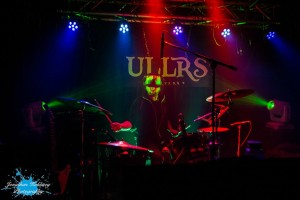 Melody Lines is an innovative Electronic group, creating music that draws inspiration from all genres of music. Vinny Crippen(Production, guitar) and Nick Hadden(Drums) both received music degrees from The University of Colorado Denver.  This band loves to jam and incorporates numerous live elements such as guitar, drums, and featured instrumentalists. Every show turns into a party with these two, but their music goes far beyond just that. Melody Lines embraces the power behind music, allowing sensations from music that evoke emotions. Funky bass lines, synthesizers, and symphonic elements are combined to make a massive soundscape for all listeners, anybody can find a tune that they can identify with.

Producer Vinny Crippen and drummer Nick Hadden are always pushing their music to the next level and have some big plans for the future. Based out of Denver, these two are exposed to a melting pot of different musical genres that have shaped their sound.They started playing and performing together while pursuing music in 2014 but have known each other their whole lives.Driven by spreading happiness and healing through music, Melody Lines’ in for the long haul.

To keep up with Melody Lines follow us on…